I'm sorry but you need to see bigger !

Gizmo was the winning project realized during the 2015 Laval Virtual Fantasy Limited Time Competition. It consists in a 30 hours game jam. We aimed to produce the best 3D realtime application using virtual reality devices. This was a group project that I realized with Justine Derouet, Maxime Bénéteau and Quentin Le Pape. The only constraint was to include a specific object : the one we drew was the fence. Everything has been created from scratch, the character, the landscape and the gameplay. 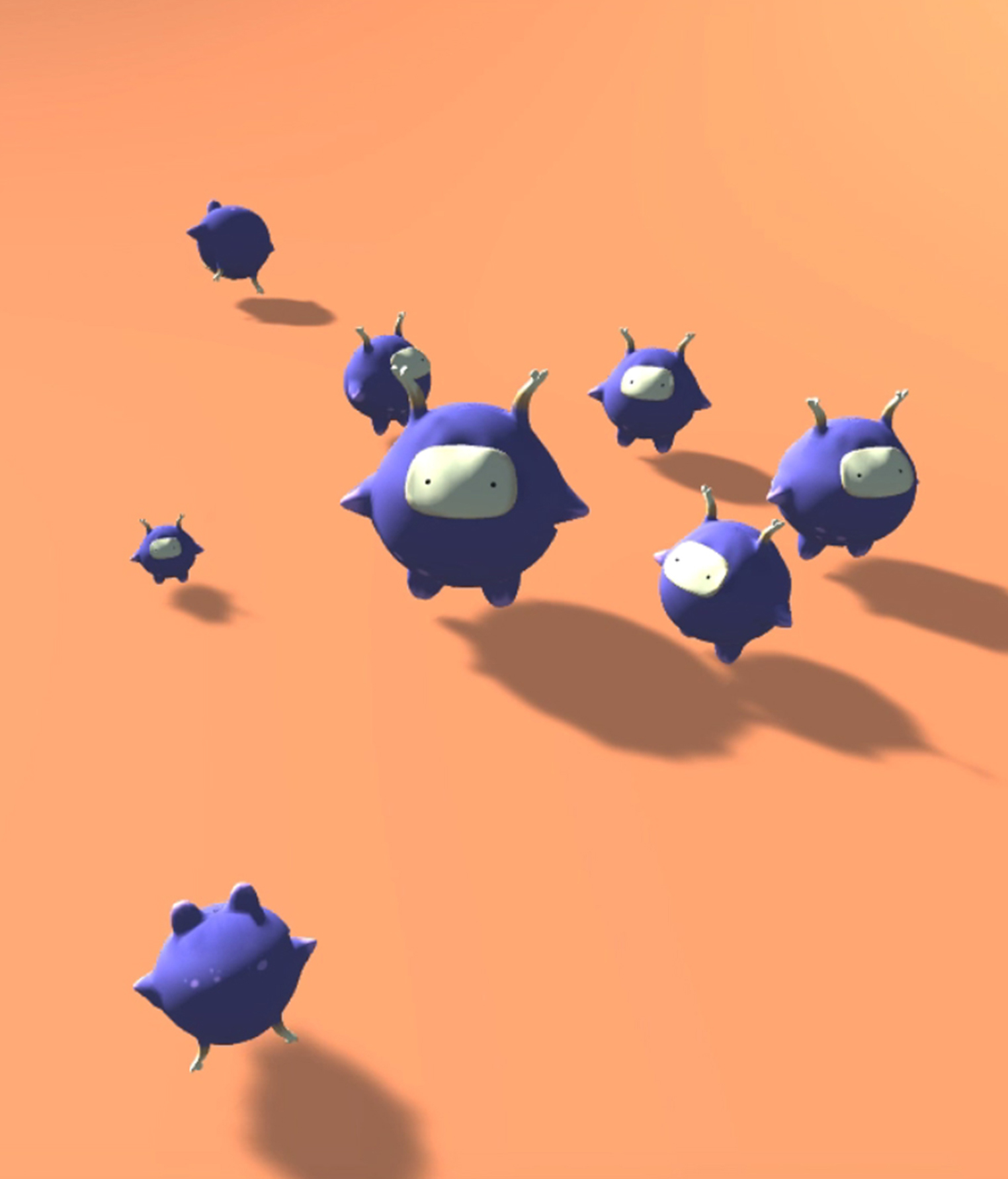 The Gizmo is a fictional endangered species. Player 1 has to protect them from extinction. They are the only character in the game. You control them as a herd with a leap motion and guide them until they reach their enclosure. They roll all over the place ! Be careful not to loose them ! Player 2 is here to stop the Gizmos. With the mouse, he put fences all over the map in order to avoid the herd's movement. 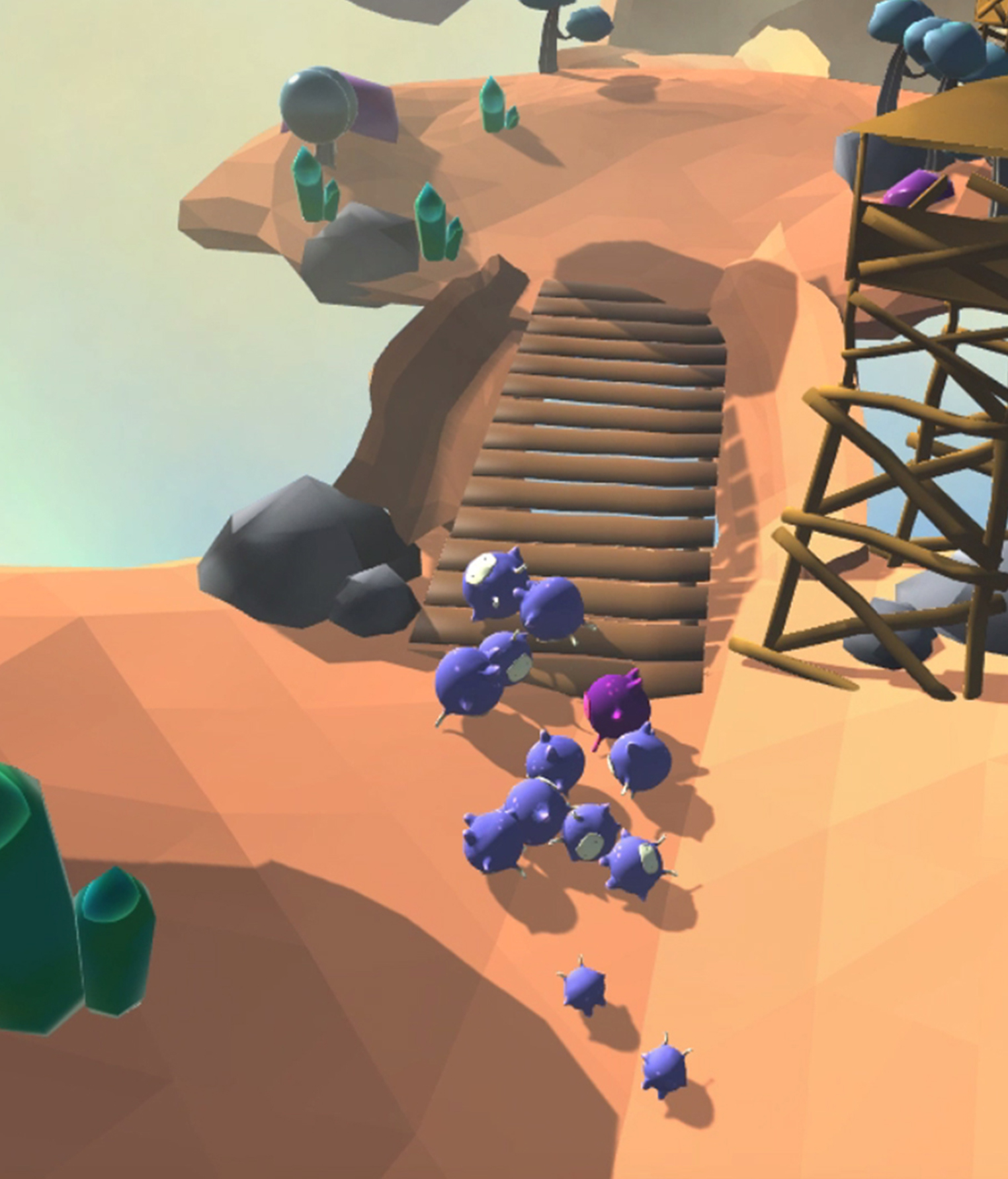 We start the day by brainstorming around the idea of the fence and what kind of game we wanted to do. We also had to choose a technology that was provided by the jury of Laval Virtual. Since we were in a hurry. We divided our team in two, 3D modelers and Unity developers. This allowed us to move quickly and to deliver a finished product at the end of the 30hours. Since we won, we had the chance to present our game on the Salon of Laval Virtual and have some users test it.